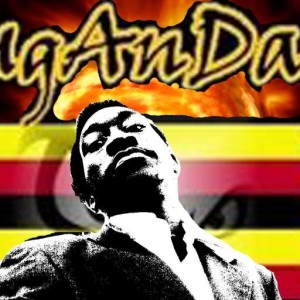 With Uganda’s population rapidly growing, placing pressure on resources and creating need for economic activities, the environment has usually been given the back seat in local and national fora.

Some of the most affected elements of the environment are wetlands, especially those in urban areas such as Mpigi where Semagimbi Wetland is located. With budding flower farms, schools and other businesses, the wetland has been degraded with some areas unidentifiable as wetlands. That is why Nature Uganda, with support from GIZ has partnered with Mpigi District Local Government, NEMA, Ministry of Water & Environment and Uganda Flowers Exporters Association.

Welcomed by the district leadership led by Mr. Sempala, the delegates, many of whom had vested interests in the wetland got a chance to learn more about the project and its projected effects. Key among these were flower farms, many of which are located in Mpigi and Wakiso and use water as their main raw material. These flower farms constitute a sector that earns Uganda on average 55 million USD in export revenue per annum and are thus are key providers of tax revenue, foreign exchange and employment. Their proliferation in the catchment areas however raises concern hence necessitating the partnership. “Wetlands are meant to be used, but to be used sustainably,” said Nature Uganda ED-Achillies Byaruhanga at the launch.

This painted a cleared picture of the project goals, which also include improvement of compliance to national regulations and international standards by the commercial flower farms, safeguarding of jobs and investments through strengthened collaboration on occupational safety and health practices, environmental management practices for commercial flower farms and surrounding communities and the establishment of  a mechanism for reducing waste generated from commercial flower farms for sustainable use of water and wetland resources in Greater Kampala Metropolitan Area.

Sharing from experience, Mr Byaruhanga pointed out that wetlands can earn neighbouring communities income in various sustainable ways, case in point Mababmba Swamp which now ranks among the most sought after birdwatching sites. With support and collaboration of all partners, this success could be replicated in Mpigi. As civil society, aligning projects to government programs is key. And Nature Uganda operates within these frameworks, a welcome boost to the district natural resources and even commercial departments. This is because if the wetlands are degraded, even the wells used by the industries will dry up, as will the community ones. “Wetlands don’t produce water, they store it”, Mr. Byaruhanga informed delegates. That is why we need to preserve them.

Achilles Byaruhanga, Nature Uganda’s Executive Director has been honored with

NatureUganda in collaboration with NFA are working together to restore